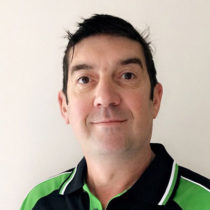 Community Bands Together for Fire Victims in Adelaide Hills

Community Bands Together for Fire Victims in Adelaide Hills

We are all too well aware that severe bush fires are devastating large parts of Australia at the moment, and sadly many people have lost their homes into the engulfing flames over the past few months.

Adelaide Hills in South Australia is one such area that have been devastated by the catastrophic fires. But, as with many natural disasters and tragedies before, these events also become a testament to the good in the world, with people from everywhere bonding together to help their community and those who need it the most.

Rachelle Barlow from Stroud Homes Adelaide Hills tells us how people in her local area have tirelessly worked together day and night to help those affected by these fires, collecting and distributing what’s needed to people, as well as the wildlife of the Hills. Rachelle tells her story:

Fire in the Hills

As we walked out of the office doors on the morning on Friday 20th December, the view from the front was not one we liked the look of.

Smoke was billowing over the hills and filling the air, the sun turned an eerie burnt orange colour, casting dark shadows over Mount Barker.

As the day progressed, friends began to turn up at the office as they had been evacuated from their homes, and the true scale of what was unfolding became apparent.

That day, we were due to close for the holiday season, but the doors were soon reopened due to the crisis that presented itself in the Adelaide Hills.

During the evening, everyone was on watch as to where the fire would spread to, having their plan in place.

The amazing CFS were doing an incredible job under extremely difficult conditions, however it was out of control.

During the night it was difficult to sleep, and as a business, and locals, we wanted to help.

We thought of a couple of ideas and the practicality of them, including setting up the office for Christmas Day for those affected, and began to contact people and put plans to action.

On the Saturday morning, a post on Facebook by a lady called Michelle caught my eye where a family fun day was going to be setup for Christmas Eve in Nairne, and they were going to take donations.

Immediately, without hesitation, the Stroud Homes Display Centre was setup as a donation point in Mount Barker where people could drop in food, toiletries, toys, clothes and anything else that would help.

The community support was outstanding. I personally contacted every single contact we as a business had, including local radio stations, TV, MPs, Counsellors, friends, other local businesses, suppliers to name a few.

Stroud Homes’ posts were placed onto 18 chat pages on Facebook looking for help, support and donations.

During the day, and in-between client appointments, donations came flooding in together with offers of help.

As I sat there on the Saturday evening, I could not see one bit of space in our office – it was stacked full of donations and quite overwhelming.

We took all of our tradies out for Christmas meal but still I could not stop thinking about the horror unfolding in the hills.

It later became apparent a powerline that fell onto a tree in Cudlee Creek had started the fire, leading to hectares of the Adelaide Hills burning away at an uncontrollable rate. The weather was not on our side either with days of hot weather and winds fuelling the fires ahead.

It was 11.30pm and we got back to the shop. My daughter and I decided to load the ute full of food and water and deliver it to the CFS.

At that time the roads were deserted, fire still on either side with trees glowing orange in the night, road signs bent and burnt displaying how intense the blaze had been.

The police let us through check points seeing all the food and water we had, and eventually we arrived at Gumeracha where the CFS had setup their base.

Now nearly 1.30am they were extremely thankful for the food and water, as at that time they were running low on supplies.

After receiving a teary hug of a CFS volunteer we left to go home. The drive home was horrible, and not one I would want to repeat.

The Sunday was organised chaos with MP’s and Chanel 7 turning up to see what an amazing community we live in. The car park of Stroud Homes was setup as a massive sorting area, with orange builders film down as the base to keep everything clean.

Everything was sorted, boxed and labelled ready to go. Inside, the offices was setup as a wrapping area for new gifts for those who had lost everything.

To describe all the volunteers that came to help; simply amazing!

The day went well with goods being distributed everywhere. In addition, Stroud Homes has been collecting for the wildlife affected by the fires.  These medical supplies will be distributed and help in healing the animals caught in these unfortunate fires.

The Adelaide Hills is an amazing community and one we are proud to live and work in. Stroud Homes is a family business who are locals and care about our community.

A snapshot of what has been achieved so far and where the donations have been distributed to:

Our thoughts and prayers are with all those affected by the fires around Australia. 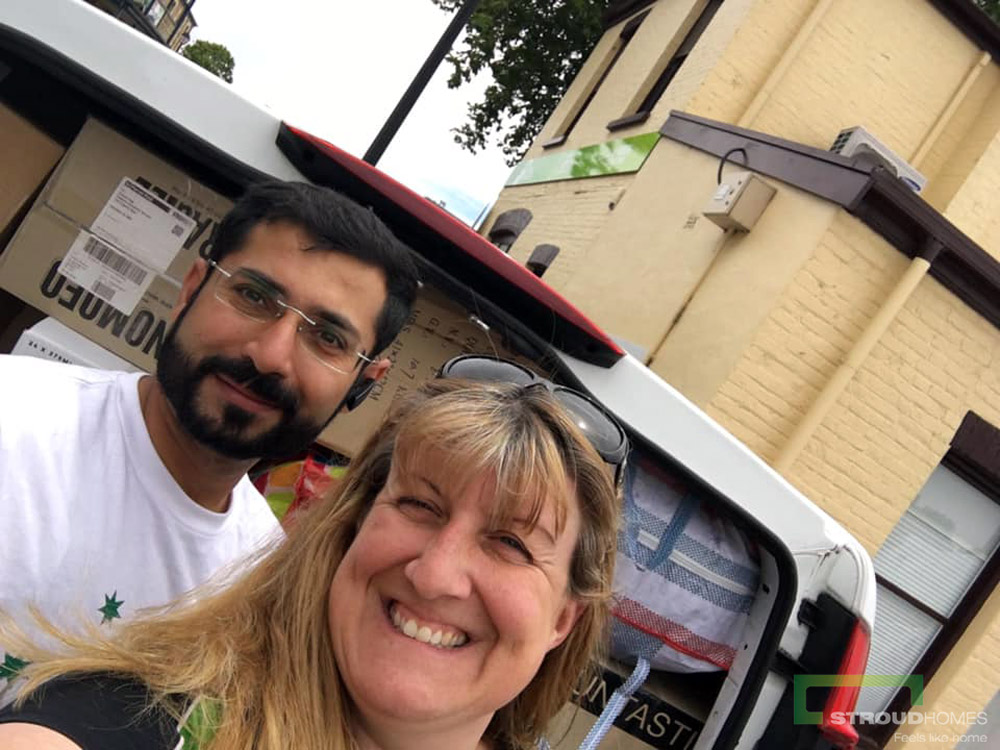 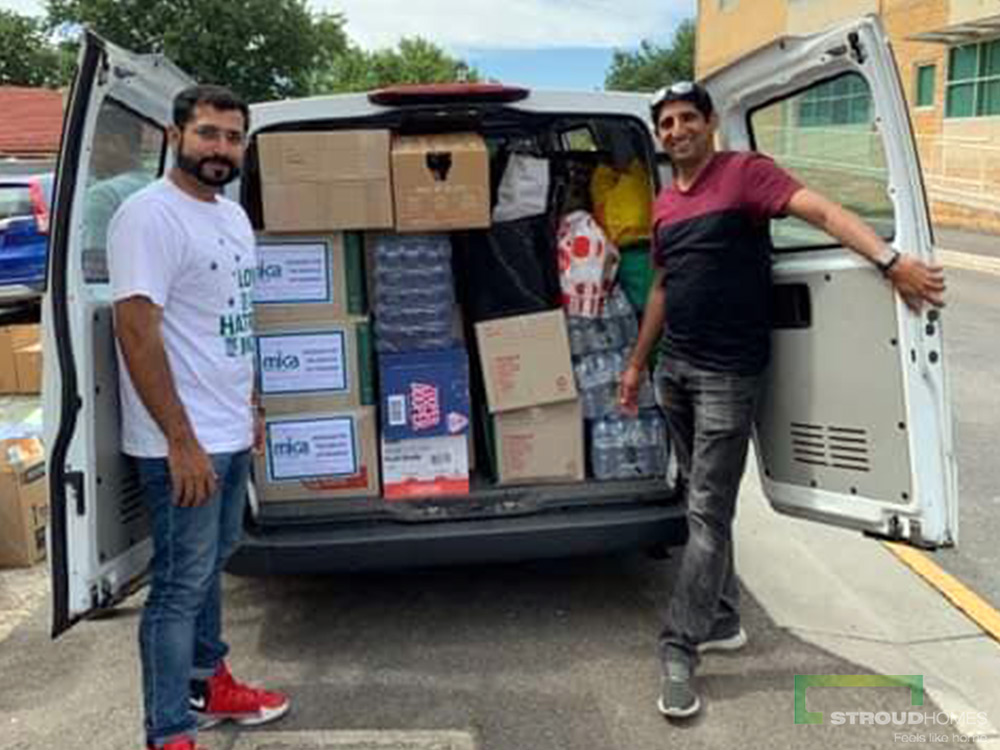 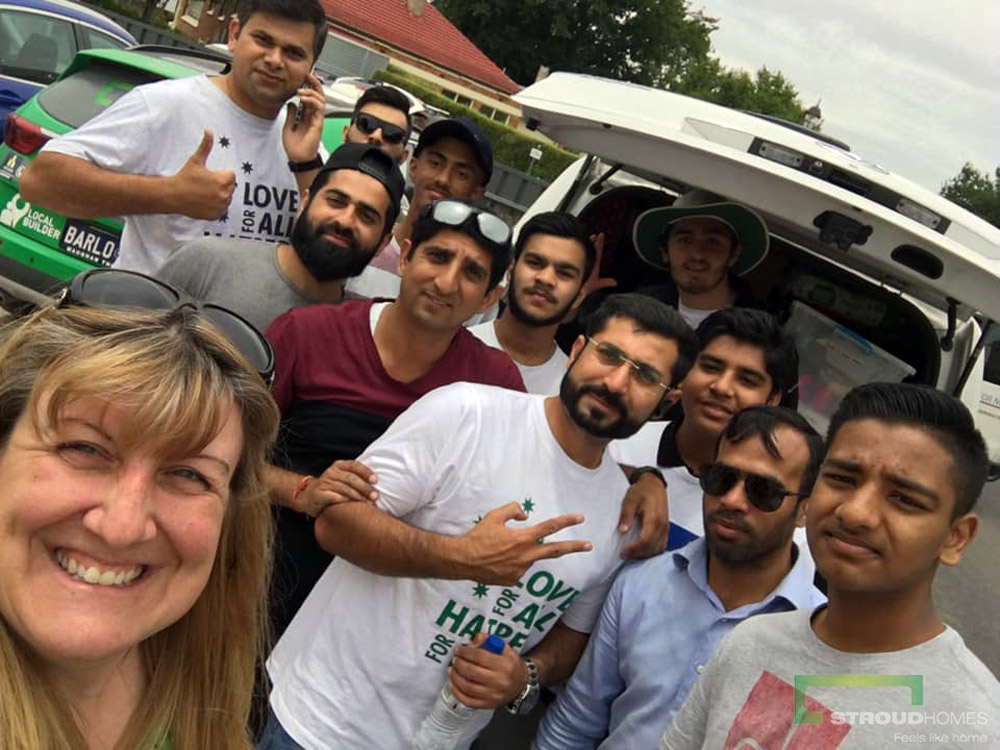 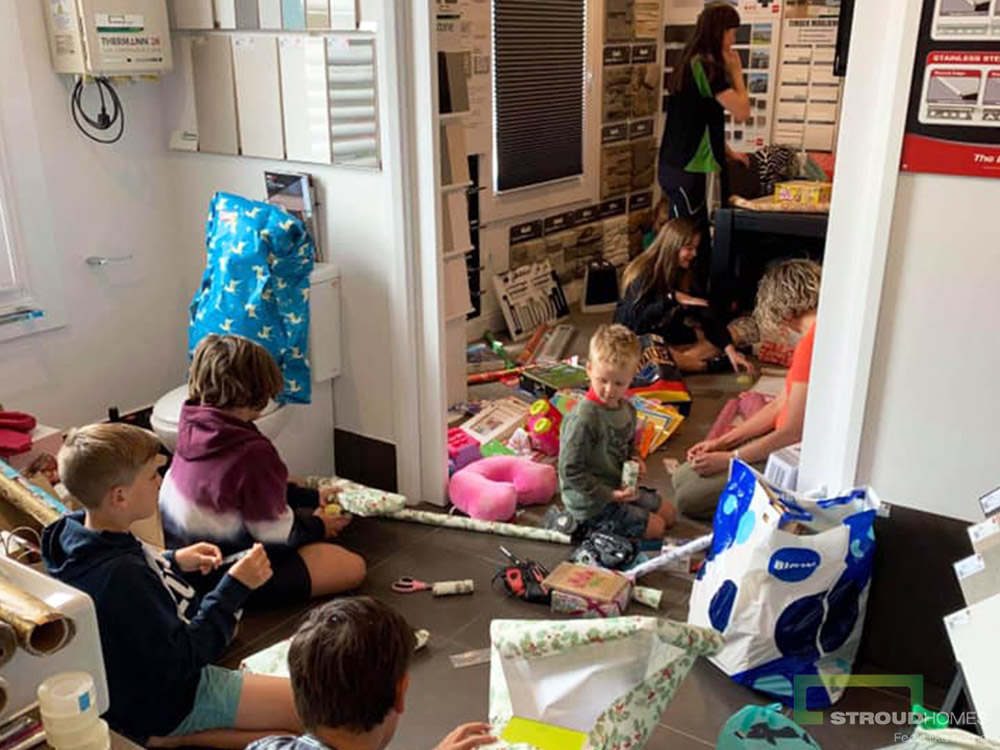 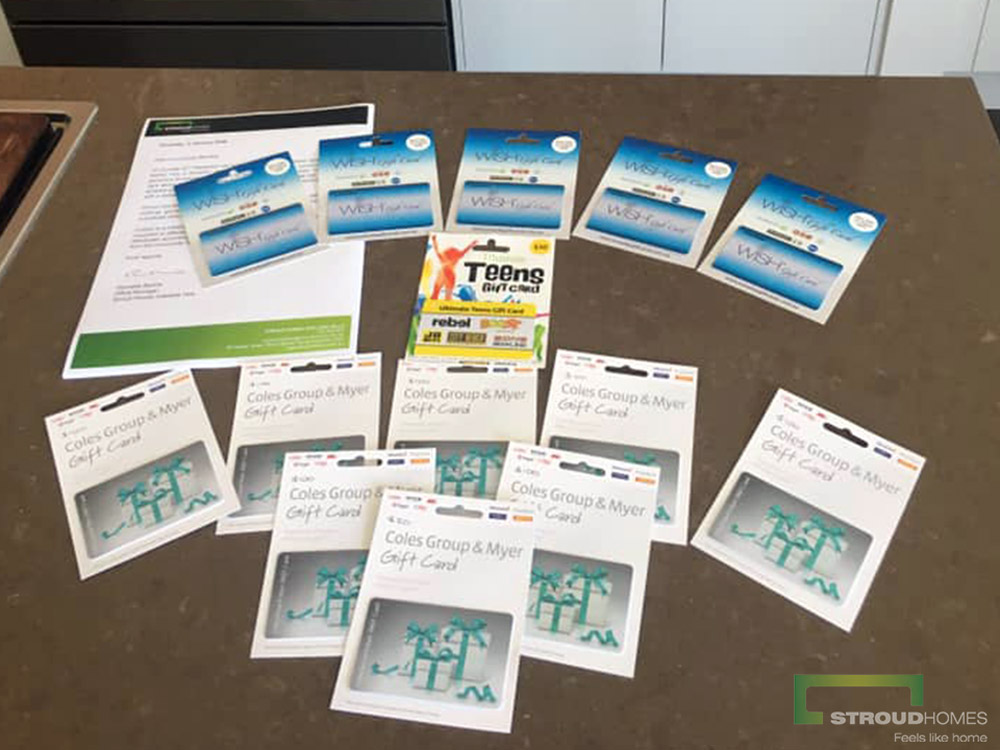 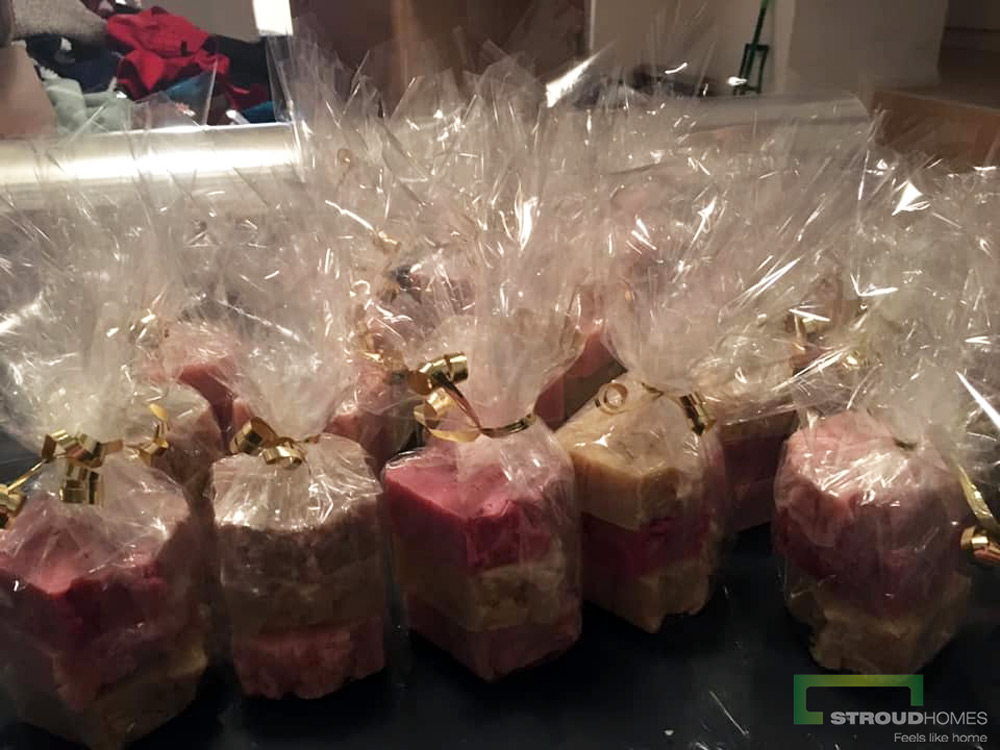 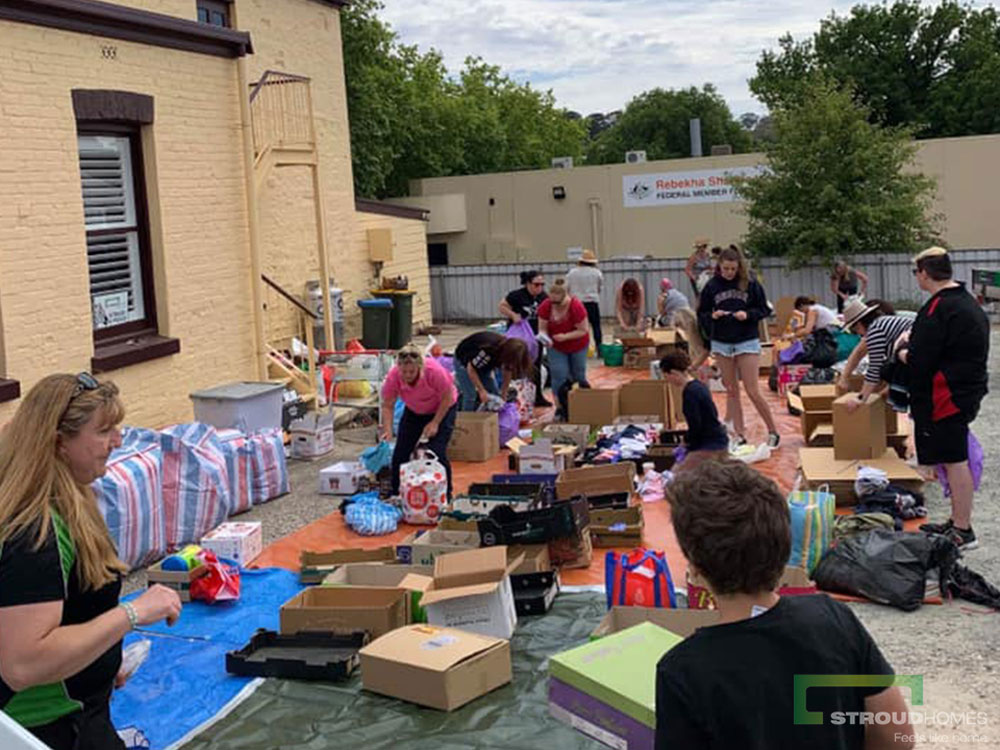 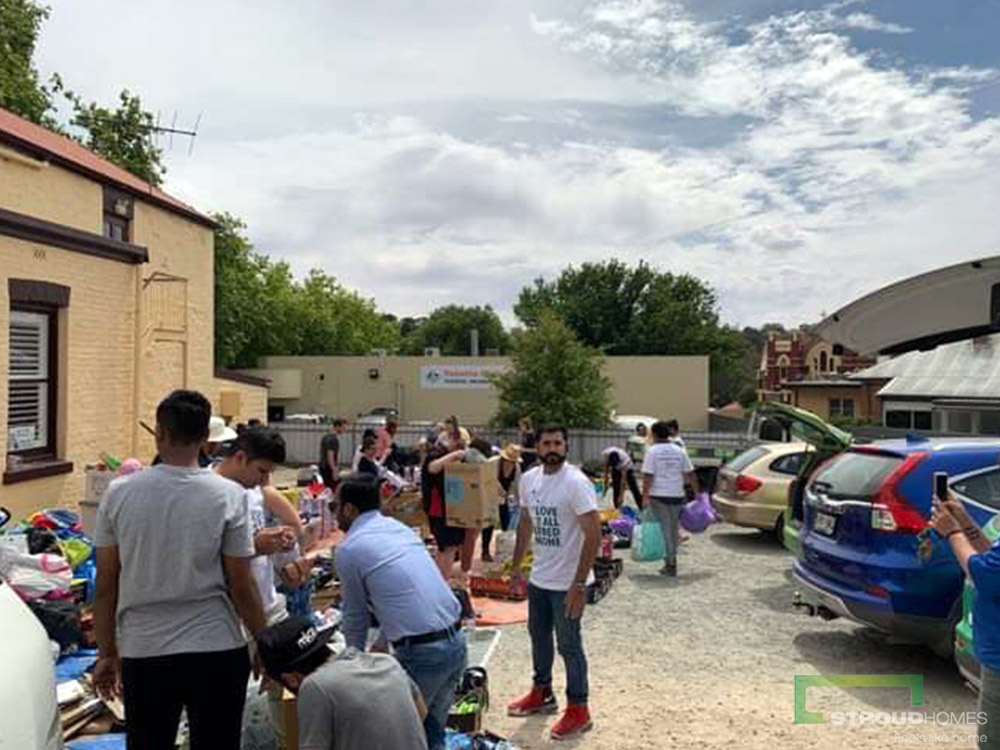 Contact us to find out more about supporting our community