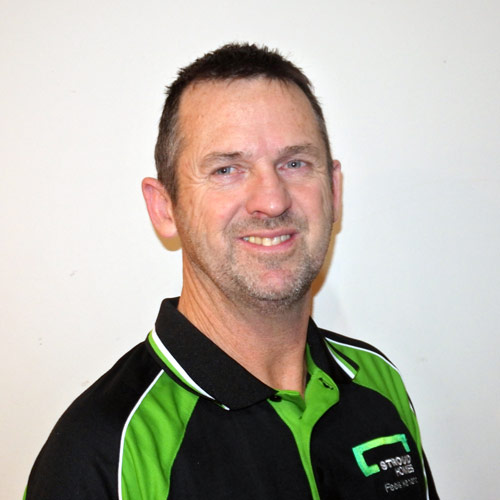 David Kirby from Stroud Homes Melbourne North finished the year with a smile on his face and begun the year the same way.

After a short break over the Christmas and New Year period, David came back to a surprising number of enquiries, with one coming in on Christmas Day night. David said he thought to himself, ‘Gee! We’re going to have a good year!’

David told us his most commonly asked question from new customers was “What are the site costs?”

David believes that people are often fixated on ‘site costs’ as they have incurred these prices before. “They think they’re getting a great price on their house and they sit down to write their contract and there’s thirty to forty thousand added to the price for site costs.”

As part of the Stroud Homes Black and White quotes, site costs are incorporated into all of their pricing.

“None of it is hidden and we estimate site costs right from the get go and confirm them not to far out,” David tells us.

David believes that many building supervisors operating for big builders must be “Superman” to oversee all of the houses on their lists. This can often affect the quality of the build.

In order to combat this, David promises that his building supervisors will never work on more than a dozen houses at one time. “That way they can supervise the build properly and produce a good quality product.”

Communication is important to the team at Stroud Homes Melbourne North and they have worked hard on creating a system to provide quality customer service through communication.

Once a contract is signed customers are updated weekly to let them know what has happened for the week and what will be happening in the following week.

A phone app called Voxer is added to their phone so that they can have direct communication by voice, text, photo and video to the supervisor and contract administrator.

David says, “I assume everybody tries to do a good job and provide a good service, I just think we have all the systems in place to do it a bit better.”

We definitely agree with David on that! If you’d like to talk to the Stroud Homes Melbourne North team about building a home in this booming area, give them a call on 03 5787 1239.